Just in time for Halloween, here’s a list of four haunted pools sure to send a chill down your spine!

Completed in 1936, The Queen Mary was once a luxury ship until it was converted into a war ship in 1939.  She continued to serve military purposes until the 1960s, when she was converted back into a luxury cruise ship.  While her voyages were few and far between, she was finally docked in Long Beach, CA, where she has been converted into a museum.

The first-class swimming pool is known to be quite haunted by one young girl and one adult female.  The changing rooms around the pool are also said to be haunted.  While there is sordid past that many think responsible for the hauntings, the fact remains that many claim to have seen paranormal activity in and around the pool.  While we may never know the truth behind these claims, “haunted tours” are given around the Queen Mary, and this haunted pool now comes equipped with lights and fog machines.

Originally built in 1927, The Rave is a social club complete with a swimming pool, bowling alley, and gym.  Over time, many tragedies have occurred in The Rave, and it has earned the reputation of being haunted.  The pool is also a focal point for ghosts.  While the pool may no longer exist, the basement is said to be haunted by many children who used to frequent the pool.  However, it must also be noted that a famous ghost is also said to visit the property.  That ghost is Buddy Holly, who played one of his final concerts at The Rave.

Also in Milwaukee, Marquette University is a hotbed of paranormal activity.  Various spirits ranging from a former athletic director to a Jesuit priest are known to roam the campus.  The swimming pool in the Starz Tower is no exception.  Before joining the campus, it used to be a YMCA.  Apparently, onlookers often report seeing a ghostly boy swimming laps alongside students in the pool!  How’s that for creepy?

This sprawling estate has more than its fair share of hauntings.  Many report the spirit of an orange cat that roams the property.  Others claim George Washington Vanderbilt II, who frequented the estate in his life, can be seen in the library.  Even Edith, Vanderbilt’s wife, has been seen and heard calling out his name.  The pool on the estate is also said to be haunted.  Even though it is drained of water, many have reported hearing splashing in the pool as well as disembodied voices.

It just goes to show you that everyone wants a pool.  This Halloween, remember that even ghosts and ghouls deserve a dip in any haunted pools. 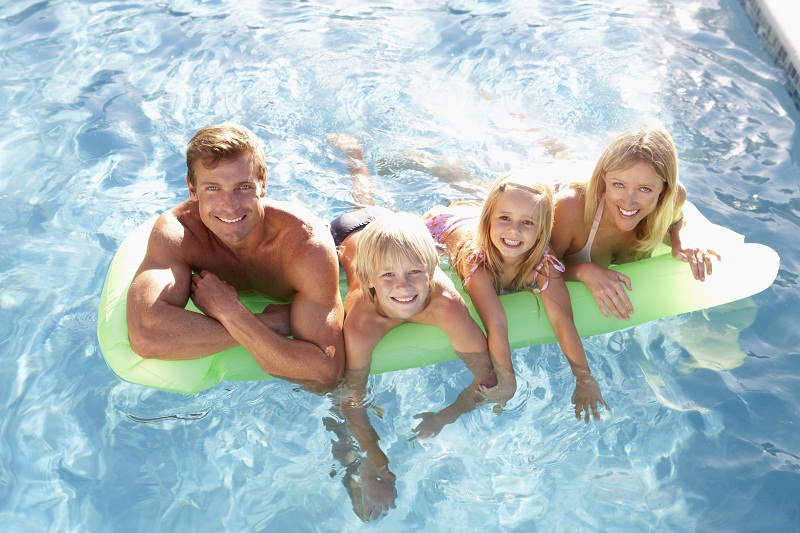